A group of three civic minded and conscientious men felt that a good fire company other than the one that had been functioning to some degree was needed in the West New Brunswick section of Franklin Township N.J.

John Thompson, Sylvester Bossow, and Herman Ashenback contacted several fire equipment companies in search of a second hand piece of fire apparatus. New Jersey fire equipment secured a 1923 GMC Truck with a 500-gallon pump and very little equipment, to sell to Community Fire Company for $450.00. With the help of Freeholder C.I. Van Cleef, this amount, plus interest would be paid off in quarterly installments as soon as the fire company was financially on its feet.

On August 12th, 1935, a meeting was called and the members at that time (12) were all asked to attend. The agenda for that evening was not just one, but to put in place both the line officers, and chair officers, but also to name this newly established company. J.H. Thompson made a motion to the members that the name of the company be Community Fire Company #1, West New Brunswick, NJ - Mr. H. Morris seconded the motion and the members approved.

Because Community needed to financially secure themselves, and purchase more equipment to help improve the services it rendered to the community. They began to sponsor and hold card-parties, dances, dinners and more, just to raise enough money to secure the things they needed to be fully functional as a department.

On September 16th, 1935, another meeting took place. This meeting's agenda was a building, where would Community Fire Company run their services. At the time, they were using J.H. Thompson Lumber yard, but needed a facility that was more efficient to their needs.

J.H. Thompson spoke to members of two lots available on the corner of Rose and Prospect Street for $200.00. The floor approved of this move, and the lots were purchased. Member’s immediately began building of the firehouse from the ground - a one-story structure with a bay to house the fire truck and a large room to hold meetings. A great deal went in the construction of this new building.

In 1938, members felt that the years had put a toll on the outdated 1923 GMC; membership decided to purchase a new truck. Members began to raise more funds while a committee investigated a new truck.  In 1945 Community Volunteer Fire Company gave their specifications to Approved Fire Equipment Corporation, and decided to purchase a 1946 White 750 gallon City Service Truck.

Shortly after, all contracts were signed and other bills paid. The members of Community began to feel that they were beginning to outgrow the firehouse. So, property was purchased from Franklin Township on Hamilton Street. The old firehouse was sold in February of 1946, and the foundation work began on the new building in the fall of 1946. Today, Community Vol. Fire - Rescue Company stands as a land mark for the citizens of our town, and a company all about our name, Community. 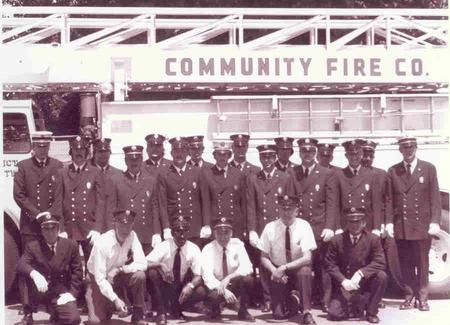 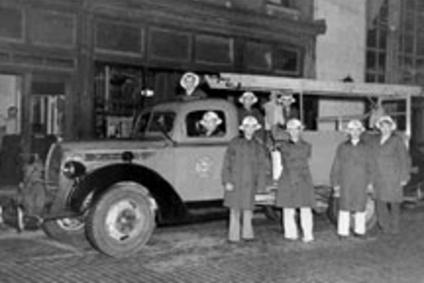 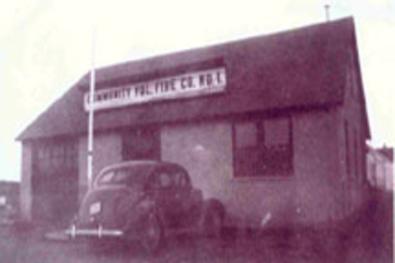 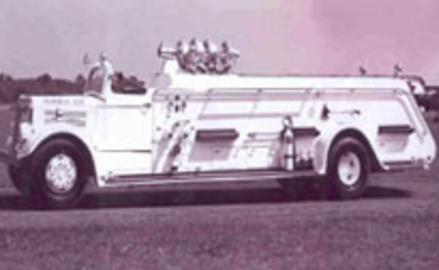 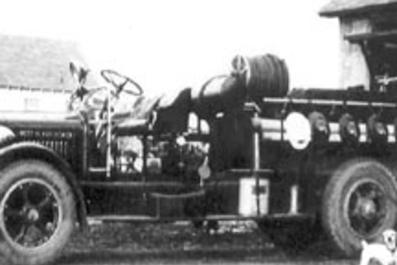